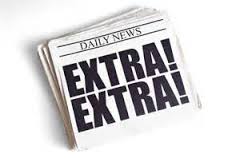 Audit Scotland have published an article about the well publicised financial problems of Clackmannanshire Council.
The article refers to the Accounts Commission as being their source.
You can read the full article by clicking on this link …..
http://www.audit-scotland.gov.uk/news/serious-concerns-over-clackmannanshire-council

The link to the Best Value Assurance Report by the Accounts Commission is… http://www.audit-scotland.gov.uk/uploads/docs/report/2018/bv_180125_clackmannanshire.pdf

It contains information like this….
Clackmannanshire faces many challenges

9. Like most areas of Scotland, the population of Clackmannanshire is ageing;
by 2033, one in four people in the council area will be over 65. Over the next
20 years the population is expected to decrease by 2.4 per cent, against a
national expected increase in population of 8.8 per cent in the same period.

10. Clackmannanshire has significant concentrations of deprivation, including Alloa South and East and Tullibody North and South. People living in deprived areas have fewer resources and opportunities, for example in health and education.
Nationally, Clackmannanshire has the eighth highest concentration of deprivation of the 32 Scottish councils. Full-time jobs in Clackmannanshire pay less than the Scottish average, and pay has fallen by six per cent since 2013, in contrast to a two per cent increase across Scotland.

This website uses cookies to improve your experience while you navigate through the website. Out of these, the cookies that are categorized as necessary are stored on your browser as they are essential for the working of basic functionalities of the website. We also use third-party cookies that help us analyze and understand how you use this website. These cookies will be stored in your browser only with your consent. You also have the option to opt-out of these cookies. But opting out of some of these cookies may affect your browsing experience.
Necessary Always Enabled

Any cookies that may not be particularly necessary for the website to function and is used specifically to collect user personal data via analytics, ads, other embedded contents are termed as non-necessary cookies. It is mandatory to procure user consent prior to running these cookies on your website.